The local Australian whisky scene continues to expand and self-cultivate. Between the many new distilleries starting up and the older distilleries bringing new and matured stock to market (plus a couple of larger enterprises starting to flex their muscles), there’s plenty to taste and get excited about. It also seems that the scene can now sustain the one last gap that remained to be filled: The Australian independent bottler. And TIB – Tasmanian Independent Bottlers – is going the whole hog.

TIB is not the first Australian independent bottler (Trappers Hut possibly took that honour over 10 years ago) and there are certainly other labels around – Dark Valley and Heartwood being obvious examples. But it’s no accident that we mention Heartwood here, for TIB is Heartwood’s younger cousin.

TIB is the brainchild and venture of Mr Tim Duckett – yes, the same man behind Heartwood. Heartwood is a very special label that produces some very special, groundbreaking whisky. But as big and incredible as Heartwood is (with emphasis on big), Duckett wisely identified that Heartwood is not everyone’s cup of tea. In truth, for some palates, Heartwood is too big.

The inspiration for TIB came after an article that was published in London in 2013 which stated, “Heartwood! You either love it or you hate it, but you won’t forget it”. Whilst this was a positive commentary, Duckett then decided to produce something more palatable with a broader spectrum of appeal.

TIB was thus formed in 2015 and is actually a completely separate company and entity, with three other business partners. Comparisons with Heartwood are thus arguably somewhat pointless, but for those that appreciate distinctions, the differences are fascinating in the context of Australian whisky. Heartwood whiskies are all matured to significant age in 200L, 220L and 300L casks and bottled at high ABV’s – typically between 65-72% ABV. In contrast to that, TIB purchases the spirit as new make directly from the distilleries (more on that in a moment) and fills it into 100L casks that are specifically chosen to complement the spirit. The whisky is then bottled at a younger age and at a lower ABV. This varies for each bottling, depending on the whisky’s “sweet spot”, but is typically between 47 and 51% ABV.

TIB currently sources its new make from 13 different distilleries from Australia and New Zealand, and has to-date obtained 17 different new make styles – and that’s not including the apple brandy, rum, and oat whisky that is also currently slumbering in TIB casks! And, whereas many Australian distilleries (particularly in Tasmania) rely on maturation in casks sourced from the Australian wine industry for their bread and butter, TIB is currently using 13 different barrel types – specifically excluding pinot, shiraz, malbec, and chardonnay. The casks are sourced from six different cooperages.

Those with a knowledgeable and keen eye will spot that the above is not merely trivia or the minutiae of detail: It all represents a stark difference to the production and maturation regimes of most Australian distilleries, and thus it guarantees that TIB releases will be very different to the official bottlings put out by the distilleries themselves. And isn’t that precisely what independent bottlings are all about?

As previous Heartwood releases have shown, Duckett is an alchemist and goes to great lengths to shape and style his whiskies. TIB whiskies are subjected to the same cask abuse and sweated out to remove the volatiles, much like their Heartwood cousins (read more about that here), but it’s the approach to bottling strength that is more interesting. Duckett elaborates: “Whiskies have what I call a “sweet spot” – it’s the ABV where they are at their best. Each whisky is different, and so setting a fixed ABV on a label and then blindly producing whisky at that concentration probably doesn’t give you the best result for each individual whisky. As such, we test and trial each pending TIB release at various strengths until we find its unique sweet spot.”

As Whisky & Wisdom outlined in a previous feature article, consistency is the most important and sought-after quality in whisky production. It’s particularly important in the context of Australian whisky: With so many distilleries electing to put out single cask releases (instead of vatting casks to produce a consistent house style), consumers have commented on and lamented the fact that a brilliant single cask release can often be followed up by a mediocre one. TIB read this feedback and set about its business accordingly. “It’s important that we’re consistent with the quality of our whiskies,” says Duckett. “Each release has to be good, and finding and bottling it at its sweet spot is merely one part of that endeavour. Not every cask will be great, and so occasionally we’ll blend to get a better result. That’s where there’s some fun to be had.”

But words are merely words, and we don’t judge a whisky by its vocabulary. Yet the above comprehensively corroborates what this palate already confirmed: TIB produces very good whisky. Whisky & Wisdom paid a visit to the TIB bond store in late 2016 and tasted some of the works in progress. Even at less than a year old (a particular six month-old Muscat cask from Redlands was exceptionally good), the TIB whiskies were better than many of the matured whiskies I’d tasted whilst visiting several Tasmanian distilleries during that trip.

As part of this feature piece on TIB, Whisky & Wisdom sat down with a bottle of TIB Cask ??005 “A Renowned NSW Distillery”. The question marks are inserted to protect the identity of the distillery involved, which requested anonymity as part of the deal. This is the second TIB bottling from this distillery, and is thus labelled “Renowned Release 2”. Bottled at 49.1% from an ex-sherry cask, it was a delight to nose and taste. Here’s the full wrap:

Nose: The first nosing gives an instant whiff of sherry. But – unlike some sherried whiskies where the wine is the only dimension – the sherry here has many facets. There’s that unmistakable Australian “zing”, together with a host of spice notes: Cardamom, fennel, and a faint musk fragrance. There’s also some fruit, particularly sweetened strawberries. It’s incredibly complex.

Palate: The sweet nose parts the curtains for a slightly drier palate, where the spices initially take the centre stage. Toasted coriander seeds and root licorice fuse with the barley malt. The mid-palate offers some sweetness (Greek baklawa with honey) before the finish kicks in and imparts…

Comments: An incredibly complex dram that offers an amazing interplay of sweet and savoury. The weight is near-perfect and both sides of the equation balance nicely, leaving your palate feeling as though it got the best of both worlds. For those who’ve tried a lot of Australian whisky, this whisky will seem simultaneously both familiar and foreign. The spirit’s DNA is a new player which few will have encountered, and yet the maturation in sherry in the Tasmanian environment – helped along by Mr Duckett – brings elements that Tassie whisky drinkers will immediately recognise. Is it the complete package? To be honest, it’s pretty damned close. Well done, Mr Duckett, and well done to the team at that renowned NSW distillery that clearly produced some mighty fine spirit. 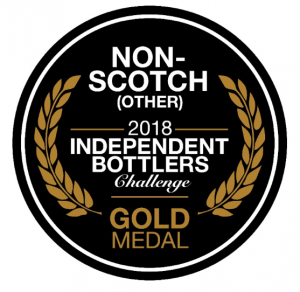