When Tim Duckett dropped a sample over of his latest release,I just couldn’t stop swearing.

An Aussie malt that is so very dark,no caramel colouring, brooding and unbelievably massive.

And it works and as far as I can judge, this is the best Aussie whisky I’ve ever seen.

In the immortal words of a close mate of mine whose name just escapes me…F*&#k Me Tommy!

Where the hell has this come from? Are you serious…Tasmania!?

I thought the last Heartwood release was the best Tassie malt I’ve seen, well I take it back as this monster takes the cake.

Christmas Cake that is.

This is one massive malt, and it is so dark, being fully matured in ex Aussie sherry casks. Initially I thought it just smelt lie a big, fat old fashioned Rutherglen muscat, but no, I’m now thinking of those old, old style Scottish sherried Speysiders.

You sure this is an Aussie? No pickled onion juice here.

Then you take a sip….and I do recommend a sip…Kaaaa -boom!

Get over it and concentrate: massively intensive, loads of honeycomb, creamy malt, died fruits and lush oak (just what I said above) but Wow! What attack.

But what balance, there’s a shit load of alcohol, but it’s not hot or burning…hell it is so f^%@king big! And so is the flavour behind it. It certainly needs it.

And did I mention how sweet it is? Massive again.

Second time around, the mouthfeel goes from narrow, rapier like to a bit more expansive. And one point of criticism, after the massive sweet entry, there’s mid palate fullness, but the end tails off a tad. But that honeyed, dried fruitiness and rich oak just lingers.

Bill Lark made the spirit, Tim Duckett nursed it to its brilliant maturity and yes it’s a youngster. I’m still tasting it after 5 or so minutes. In a word unbelievable… and if you’re thinking about adding water…just “bugga orf” and go buy a 40% Glen Nothing and scoff that, if this cask strength monster offends… 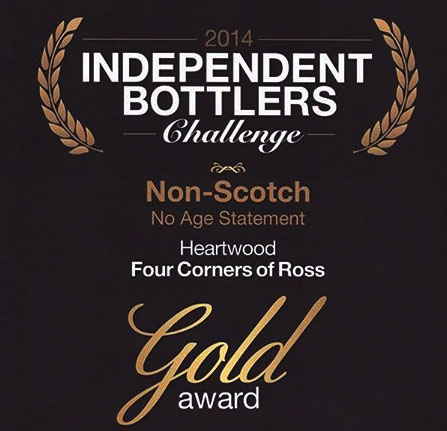