You have achieved something quite unique in Australian Whisky production
with your Heartwood ‘Convict Unchained’ release: you blew the socks off each
and every one of those attending tonight’s meeting of the Macquarie Branch
of The Gillies Club – Australia, easily securing the highest score of the
night and highest score ever awarded by us to an Australian Whisky.

Only rarely do we award any malt a score in the 8’s, and such a score
indicates something quite outstanding has been experienced by the panel.

Convict Unchained secured the stratospheric score of 8.49! It clearly
eclipsed the runner up, again one of yours…the Convict Released which
obtained the still highly remarkable score of 7.75 but it must be said that
it really paled into comparative insignificance against its mightily more
powerful, yet incredibly soft, smooth and velvety 71.2% abv big brother!

Comments included: “Incredibly soft volatility”, “Lost for words – how can
something SO strong be so incredibly wonderful?”, “”the Mel Torme of malts –
incredibly soft, smooth and velvety”, “insane strength yet so balanced and
not at all overwhelming”, “one of the finest Whiskies ever”.

I was quite taken aback by this phenomenal result, especially as my
discussions with you some while back left me with the impression you felt
that the 71.9% was simply too potent a dram, and the 58% Convict Release was
probably the better expression.

On a hunch, I decided therefore to try the two expressions in reverse of
what I would call ‘the usual order’ of starting with lower ABV malts and
moving up: rather I decided to present these two with the 71.9% Convict
Unleashed first up and its watered down stablemate to follow. I do not know
whether the same result would have been forthcoming if we had followed usual
procedure…what I DO know is that the gathering felt this was THE best way
to experience them.

Now all we have to do is reverse the order sometime and put that theory to
the test!

Well done Tim: you have achieved something truly remarkable with your
Heartwood Convict Unchained – Macquarie Gillies applauds you! 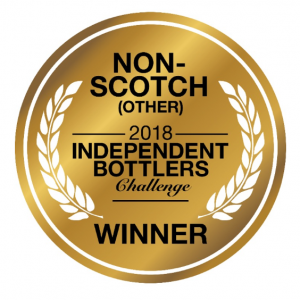